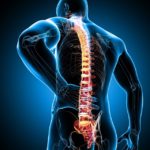 Phantom Sensations and Pain – Phantom pain sensations are described as perceptions that an individual experiences relating to a limb or an organ that is not physically part of the body. Limb loss is a result of either removal by amputation or congenital limb deficiency. However, phantom limb sensations can also occur following nerve avulsion or spinal cord injury. Sensations are recorded most frequently following the amputation of an arm or a leg, but may also occur following the removal of a breast or an internal organ. Phantom limb pain is the feeling of pain in an absent limb or a portion of a limb. The pain sensation varies from individual to individual. Various methods have been used to treat phantom limb pain. Doctors may prescribe medications to reduce the pain. Some antidepressants or antiepileptics have been shown to have a beneficial effect on reducing phantom limb pain. Often physical methods such as light massage, electrical stimulation, and hot and cold therapy have been used with variable results. It has been known that at least 80% of amputees experience phantom sensations at some time of their lives. Some experience some level of this phantom pain and feeling in the missing limb for the rest of their lives. [1]